There is growing confidence that hydrogen is set to be the next big thing for the world’s energy landscape. Its market is expected to be worth $2.5 trillion by 2050. This has spurred much technological innovation, and Interface Fluidics is joining the hydrogen age research early.

Interface’s microfluidic technology aims to measure the physical properties of H2 and its mixtures. In doing so, we’ll combine multiple critical measurements, and reduce testing sample size and screening time. The goal is to make decision-making much faster – removing uncertainty from hydrogen storage and transportation.

The hydrogen industry already knows how to produce it and researchers have been perfecting the technology for some time. What companies don’t know is how H2 behaves during transportation and storage when it comes in contact with impurities that change its properties.

Complex fluid mixtures are not new. They’re a staple of the oil and gas industry and people have been working in this space for more than a century. The same can’t be said for hydrogen.

It’s common knowledge that production doesn’t always create pure hydrogen, either. The presence of as little as 0.03% impurity can change the mixture’s physics. Designing suitable infrastructure then relies on evaluating fundamental properties of the gas mixture.

For example, what happens when phase change occurs resulting in corrosive liquid CO2? Or what is the impact of trace amounts of ammonia being transported alongside the hydrogen? Understanding the dew point curve, viscosity, and density of H­2 mixtures can allow us to create more specific systems.

On the storage side, many applications are being looked at for large-scale H­2 containment, including salt caverns. But in these caverns, hydrogen can pick up various impurities or even moisture, affecting its phase behavior.

Missing puzzle pieces around H2 viscosity, density and phase behavior serve as a catalyst for Interface to develop its technology.

At Interface, we specialize in extreme condition fluid analysis. As we continue to build out our PVT measurements, their applications for hydrogen are numerous.

H2 properties change with impurities such as ammonia, methane, water, and other fluids. These can be present at different temperatures and pressures. Predicting if phase change takes place is crucial for storage and transportation and affects the end user.

But the real question is: how do we get this data?

Baseline data on complex H­2 mixtures is necessary but also clearly lacking in the literature. The reason is that no one technology can conduct the number of tests and generate the large datasets needed in a reasonable time frame. Interface technology is perfectly suited to solve this problem.

Beyond viscosity and density, Interface has developed substantial capabilities in the world of phase diagrams. These phase behavior studies for complex oils can transfer over to hydrogen. Tests can be conducted at elevated conditions up to 1000 bar of pressure and 250 °C or down to sub-zero temperatures.

We plot phase diagrams using a thousand microPVT cells placed on a chip you can hold in your fingertips. On this chip, we can see a thousand different pressure-temperature variations giving you high-resolution data.

What to do with CO2

When we talk about H­2 production, whether blue or grey, we must also talk about CO2. Carbon dioxide needs to be sequestered to mitigate the externalities of hydrogen generation.

In recent years, carbon injection has become more and more economical. This makes understanding how CO2 interacts with reservoir fluids even more important. That’s why in 2020, Interface developed the world’s highest-quality MMP measurement for CO2-EOR. 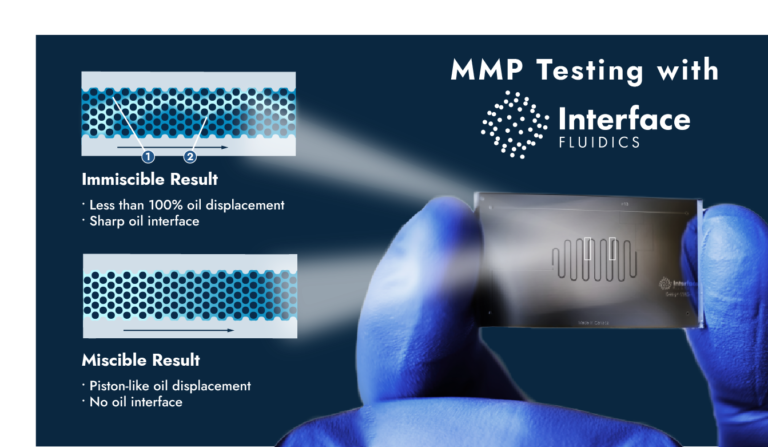 Moving beyond that, we also service companies storing carbon dioxide in saline aquifers. Interface screens different foams and conducts displacement studies for how the injected gas interacts with salt water.

The nuts and bolts of our microfluidic platform

Interface Fluidics provides lab-on-a-chip testing for the energy industry. What that’s really about is miniaturizing large-scale traditional devices into a microchip. This process provides a host of benefits, including safety, smaller sample sizes, faster results, and state-of-the-art visual access.

We use microscopes and cameras to directly visualize how fluids will interact inside microchannels. This (done at the pore scale) gives the best possible understanding of fluid dynamics on the market.

Another advantage is that all of our experiments are done at process conditions and confinement – whether that’s the reservoir, the pipeline, or anywhere in between.

In doing these experiments, safety is a key conversation to have. After all, compressed hydrogen is a very dangerous fluid to work with. It’s prone to leakage, has a very low explosive limit, and has high contained energy. On top of that, it is colorless and odorless, making it hard to detect.

Interface testing with H­2 is much safer for two main reasons. One, we use very small fluid volumes. In fact, our device holds less than 1 uL of fluid. So even if we test at high pressures, the contained energy is minimal. It’s the equivalent of lifting an apple just 30 cm off a desk – not enough energy to cause serious harm. 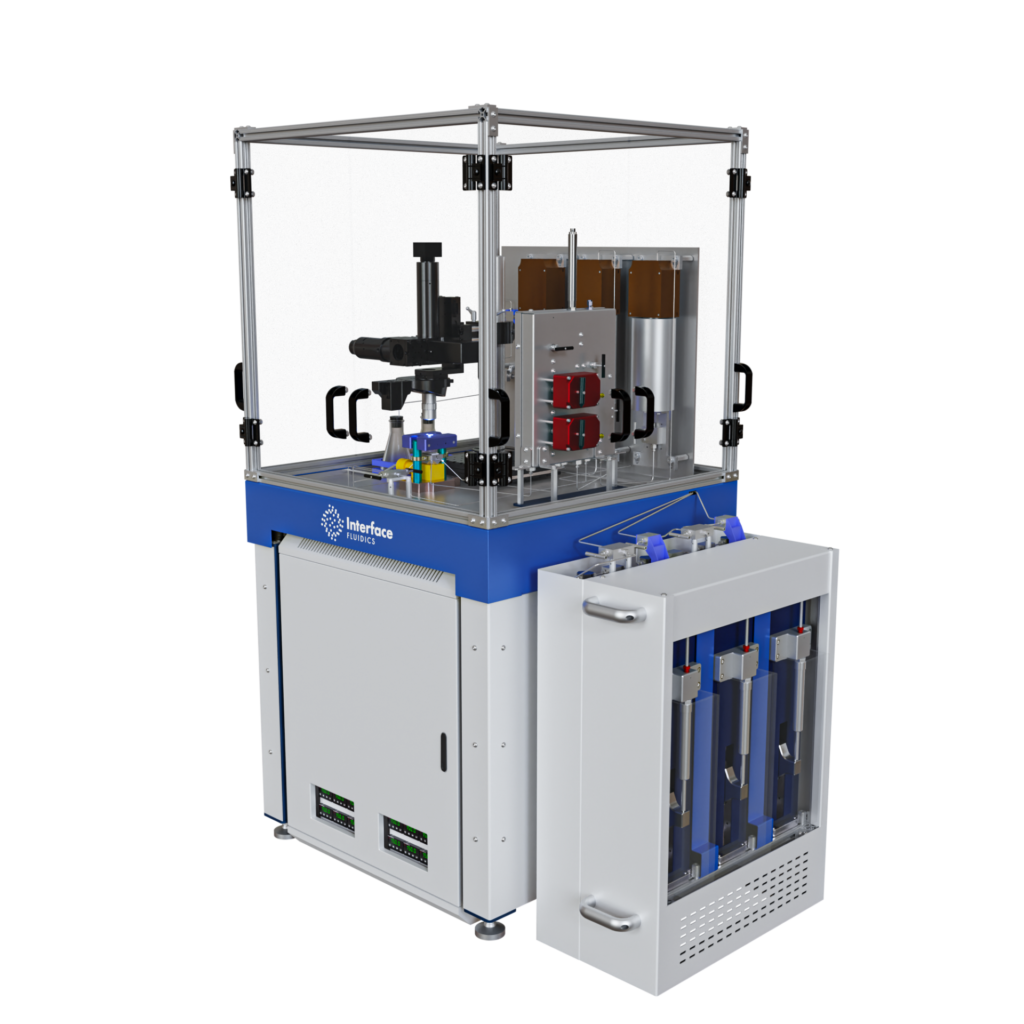 The second reason is that our chips are made from silicon and glass, two materials that H­2 tends not to leak through. We use these same chips for screening fluids for conventional, unconventional, oil sands, CCS and hydrogen operators.

Besides the many products we have in our pipeline, Interface has also developed a portable lab. It can run PVT analysis, flow through porous media screening and regain conductivity tests.

Known as SapphireLab, this integrated microfluidic system has already completed its first project – where it ran 20 MMP measurements in 20 working days – which is light years ahead of what other tests can output in the same time frame.

Hydrogen age on the horizon

At Interface, we know the world is getting ready for the new hydrogen age. Many organizations have declared its imminent onset and begun laying out plans for how to capitalize on it. However, there are still knowledge gaps in the way of reaching a multi-trillion-dollar hydrogen industry.

Interface Fluidics has the technology that can fill those gaps, bringing the benefits of microfluidics the petroleum industry already enjoys. This includes safety, convenience, speed, lower costs, and smaller volumes.

Interface works with all manner of fluids, including sweet, sour, and live oil of different grades. We also test shale fuels and examine impurities in CO2 streams that include H2S, HC gases, CO, Ar, and others – meaning our current technology covers many of the gases found in the energy industry. And hydrogen is next. 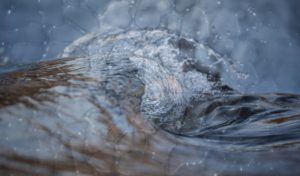 Water use is an inseparable part of oil and gas production. H2O can be injected into hydrocarbon reservoirs as a secondary flood, be combined with 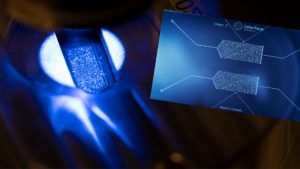 Commercial microfluidic screening from Interface Fluidics is prime for use in the enhanced oil recovery (EOR) of unconventional reservoirs. Comprehensive case studies published in OnePetro 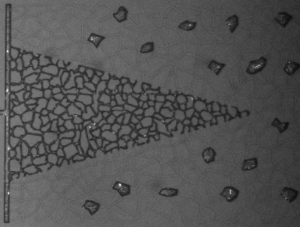 Hydraulic fracturing – or fracking – is a technique used to access tight reservoirs by blasting water, sand, and chemicals into the formation, breaking them