Oil and gas companies understandably devote a lot of attention to optimizing workflows to maximize value in their operations. Robust and ongoing fluid testing should be a part of this process. However, conventional tests can be so inconvenient that operators are often left with limited options. This is where lab on a chip technology comes in.

Proper reservoir fluid screening contributes to all the components of a successful, efficient production project. This includes removing risk from decision-making, mitigating damage, increasing yield and ROI, lowering emissions and fresh water use, and speeding up the process.

To make that happen, testing should be affordable, timely, accurate, and use a minimum of companies’ hard-to-obtain samples. Interface Fluidics is the only commercial option on the market that can meet this criteria.

There is no shortage of variables to consider when studying oil and gas fields. Replicating reservoir properties is the most scientific approach to analyzing such structures. Since every play is a unique blend of fluids and conditions, testing is a stage in hydrocarbon extraction that shouldn’t be omitted.

Because no two reservoirs are the same, clients often come to us with questions like:

Despite these critical concerns, barriers to testing keep companies away from useful data. There are generally two categories of tests: beaker scale, and tests that incorporate core.

The first is fast and affordable but can’t capture how fluids interact in the porous media. Core tests, on the other hand, do.

But when companies get quotes for how long tests take and how much tests cost, they often choose to opt out. Instead, they simulate or guess missing data points. Performance data from chemical vendors similarly leaves a lot to be desired.

On top of that, global infrastructure supporting conventional test supply chains can face months-long backups. This can slow down the progress required to bring new production online and potentially hinder the development of future fluid transitions like CO2 and H2.

Interface has been providing the energy industry with extreme condition fluid analysis for the past eight years – tailoring all our solutions to specific market needs. To understand prevailing barriers in fluid testing, we collaborate with seasoned industry professionals and listen to their concerns. These tend to include the:

These impediments form a starting point from which we try to improve. In all aspects and through multiple validation studies, Interface’s tests surpass conventional ones while being just as accurate.

For conventional reservoirs, tertiary recovery can extract an additional 30%-60% of reservoir oil. Clients using enhanced oil recovery benefit from screening through a range of chemicals like polymers and surfactants. Enhancing recovery using CO2 requires measuring the MMP of various gas compositions and finding the optimal mix with MME studies. 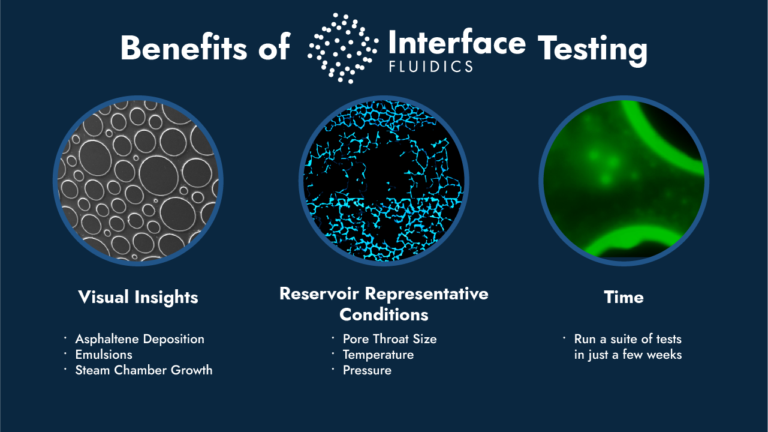 CO2-EOR has had a transformative impact on petroleum production. It contributed to the Permian Basin becoming one of the highest-producing regions in the world. Yet, 70% of EOR uses pure CO2 from natural sources – which is more economical than sustainable. Interface’s technology provides advantages for companies working with industrial CO2 streams with various impurities.

Part of PVT analysis is flow assurance, which is essential to make sure there is no blockage in the pore space. Asphaltene onset conditions and wax appearance temperature are important tests to prevent the plugging of reservoir pores, wellbore, flowlines, or production facility.

Why clients opt in

A global mix of companies has trusted Interface (often through multiple projects) to help them make decisions – partly because representative screening increases the likelihood of results correlating with field outcomes.

Interface ensures its tests are representative by using each clients’

The screenings are also highly repeatable and offer a way to isolate and compare the performance of different fluids under varying conditions. Optical imaging gives visual access to fluid dynamics at the pore level.

For example, one hydraulic fracturing client in the Delaware Basin wanted to ensure they made the most cost-effective and highest-performing chemical selection.

They also needed to quantify the performance of high TDS brines for produced water applications. More generally, they wanted to develop a workflow for chemical selection that addressed pad-by-pad variability.

The best part? This new optimal chemistry was identified by Interface in less than a month – giving our client valuable data in an expedited time frame.

In addition, Interface testing uses as little as 1% of the sample conventional tests require, reduces measurement time to a matter of days, and is much less expensive. It also produces large datasets, making it ideal for finetuning reservoir models. Tests we replace include slim tube, core flooding, sand pack, beaker scale, and diffusion study cells.

To ensure our technology becomes even more accessible, we’ve introduced SapphireLab. This hardware inherits all the benefits of Interface technology but is small enough to place anywhere it’s needed. It can also run multiple screening options on one single piece of equipment.

Changing how the industry thinks of testing

At Interface, we understand why companies have adapted to limited options and adopted a convenient (though suboptimal) workflow – one that minimizes or even entirely disregards testing.

We have been working on reforming this issue for the past eight years, bringing the benefits of nanotechnology and microfluidics to the energy industry. 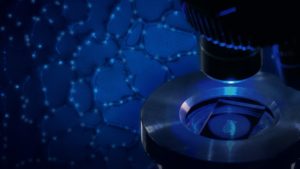 A New Tool for Flow Assurance and Measuring Wax Deposition

Flow assurance in general, and wax deposition in particular, is a problem as old as the petroleum industry itself. It is estimated to cost around 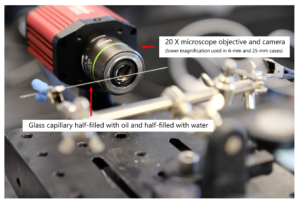 How do you know that the oil doesn’t rise above the water in the channels, or pores, of your microfluidic chips as a result of

Interface’s measurements provide key information for advancing CCUS projects. Carbon Capture, Utilization and Storage (CCUS) is not a new idea in the oil and gas industry