Lab On a Chip Vs. Traditional Hydrocarbon Fluid Analysis

Interface Fluidics offers fluid testing services for energy companies to gauge fluid compatibilities, boost reservoir yield, mitigate chemical damage, and cut down on risk and cost. What’s different about Interface is that our equipment uses a microchip smaller than the face of a watch.

Our technology can replace slim tube, proppant pack, core flooding, column drainage, beaker scale tests, and more. All of these test options will soon be capable of running on our portable testing unit, SapphireLab.

In developing each product, we’ve verified our results against conventional tests. This way, we know that our tests are just as accurate while using the latest advances in science to improve efficiency.

Because our measurements dramatically reduce the amount of sample you provide or how long you have to wait for results, fluid analysis is being slowly but surely reformed.

This means you’ll no longer need to make compromises on testing because of the sample volumes conventional tests require. 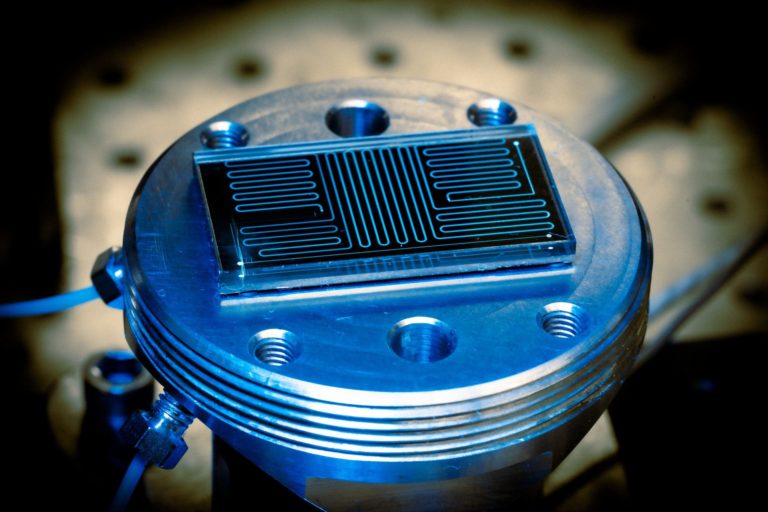 Interface chips can also be replicated, so not only are tests repeatable, but investigations can be run simultaneously. In comparison, many conventional tests are operator-dependent and a one-and-done arrangement – not to mention damaging to the environment.

These are recurring themes we see in the various fluid tests we conduct. Whether for conventional reservoirs, shale plays, heavy oil sands, or even carbon capture and storage (CCS), we still see the same consistent advantages.

The role of miscibility in hydrocarbon extraction

Interface’s miscibility test uses a microfluidic chip in place of slim tube apparatus, reducing the required equipment size by many folds. The chip is designed to have a miniaturized porous pattern replicating the sand pack in slim tube tests.

The time it took Interface to both develop and run its first test was less than the slim tube took to run the tests alone, with Interface generating 20x the data points.

What are the advantages of Interface’s test vs. the slim tube method?

Interface has created a microfluidic platform where diffusion coefficients can be measured using fluorescence imaging and comparing the light intensity to a calibration curve. These systems study hydrocarbon diffusion and the diffusion of CO2 into brine.

Traditional methods for measuring the diffusion coefficient use PVT cells under reservoir conditions to monitor the pressure decay. We’ve compared our data against data from other testing options and found a good agreement in the results.

Here, the major advantages of microfluidics are:

When it comes to screening foaming agents to increase the viscosity of injected gas streams, column testing is often used. However, that method (like bulk foam tests) has certain disadvantages. While core floods cover some of the pitfalls of these beaker scale tests, they come with their own disadvantages.

Microfluidics improves on both tests through:

In one project, bulk foam tests showed a foam half-life of less than 20 seconds for different agents; this was clearly incorrect. Interface showed half-lives exceeding two hours which aligned with foam loop rheology testing. We ran 42 experiments in a few weeks. For perspective, core floods would require years to conduct the same number of measurements.

Polymer flooding is an efficient EOR method that increases recovery factors by around 20% and reduces emissions and freshwater consumption.

Traditional core flooding is very limited in screening unconventional plays. This is due to lower permeabilities exponentially increasing differential pressures and the time required for hydrocarbons to flow.

Modified core flooding tries to address this but suffers from variability as the artificially fractured matrix can’t be replicated.

Regain Conductivity is essentially about reducing reservoir damage. When selecting the right fracturing fluid additives, testing for damage and chemical incompatibilities is important. This minimizes risk and cost.

The device we developed can screen competing friction reducers (FR), determine the impact of breaker, and assess the effect of brine salinity to optimize loadings.

Why replace proppant pack tests from your toolkit with their microfluidic counterpart?

In CCS, salt precipitation can occur when CO2 is injected into saline aquifers. This can be a serious problem as it can block the pore space and reduce reservoir permeability, jeopardizing long-term CO2 storage and security.

Conventional tests try to address this issue like core flooding experiments and numerical models. They are helpful to some extent, but there are gaps that microfluidics fill to make CCS better and more efficient such as:

Microfluidics fills in all these gaps – including measuring precipitation – in under two days.

Our testing covers most forms of damage including emulsion issues, wax appearance, solid precipitation, gummy bears, and other sources of damage. It is ideal for observing interactions between injected fluids, in-situ oil, and the porous media itself.

The Interface technique surpasses traditional tests as it:

Interface is well equipped to replace several tests with their microfluidic counterpart. We’re here to offer a testing platform that can encompass the complexity of fluid interactions and compatibilities. Our solutions mitigate damage, enhance yield, and lower emissions. 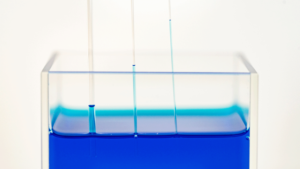 The Importance of Capillary Pressure for Oil and Gas

Interface Fluidics is a leader in creating microfluidic reservoir-mimicking chips, which we use to conduct a variety of measurements. When designing microfluidic systems, many factors 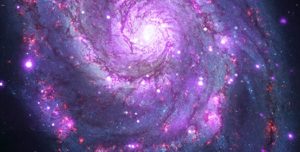 How Astronomy Prepared Me for a Career in Microfluidics

When you think about a technology company that serves heavy industry, what kind of backgrounds do you think the employees have? Many people would assume 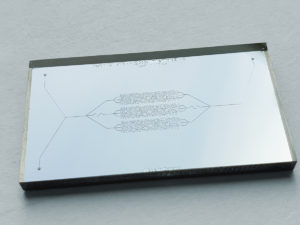