Just how tight is shale anyway?

Just how tight is shale? How difficult is it for oil to flow through this rock compared to much more permeable rock like sandstone? Do lab tests at the beaker-scale actually represent what is happening inside a 50-nm shale pore-throat network?

Sơn Đoòng cave passage in Sơn Đoòng cave, Vietnam, is the largest known cave passage in the world by volume. It is 200m (660 ft) high and 150m (500 ft) wide. We have not been to this cave, but from what we have read, large groups of cavers can explore the floor of the cave passage and rarely see the walls of the cave – they interact with each other more than with the cave wall). In our spare time we get out caving with the Alberta Speleological Society. One of the caves that we have been to a few times is Red October located in near Fernie, British Columbia. Some of the passages in this cave are much smaller, less than 1m (3 ft) high. When exploring this cave, you are interacting with the walls and roof of the cave much more than you are bumping into the cavers you are with.

Just as the cavers in Vietnam can move freely around the passage without seeing the walls, oil molecules trapped in a sandstone reservoir (like in the Alberta Oil Sands) can move freely and only occasionally bump into the rock. Oil in shale rock is much more similar to the Red October cave example. Oil and water molecules interact much more frequently with the pores and pore-throats. If you want to get an accurate picture of how fluid behaves under extreme confinement, you need to have a laboratory system with the same level of confinement; just as if you were to study how the caver can move, you would need to know the dimensions of the cave and be able to recreate it.

A typical pore-throat in a sandstone reservoir is approximately 10-50 micrometers. In a shale reservoir, pore-throats can be smaller than 50 nanometers (1000 times smaller than that of sandstone). At this scale, regular fluid dynamics and thermodynamics predictions start to fall apart because molecules are interacting more with the rock than with each other.

Where rp is the radius of the pore-throat, dmis the distance between the centers of the molecules on the surface, L is the length of the channel, is the density of the fluid, N is the Avogadro constant, and M is the molar mass of the liquid.

For example, Interface Fluidics Co-Founder, Professor David Sinton’s research group at the University of Toronto showed that in a model system of hydrocarbons, bubble point (the pressure at which gas comes out of solution) occurs at a lower pressure when under nano-confinement than micro-confinement (link). This study also showed that condensation occurs at a lower than expected pressure. Fluids under nano-confinement appear to prefer to be liquid. Further research needs to be done with actual reservoir fluids and reservoir geometries to ensure these findings translate to reservoir conditions.

Traditional fluid dynamics incorporates the concept of boundary layer flow and the assumption that there is zero fluid velocity where a fluid meets a bounding surface (check out this for more about how channel size impact fluid behaviour). This assumption starts to fall apart when the fluid channel is only a few molecules wide (comparable to the molecular mean free path) and fluid slippage at the boundary layer starts to occur. [1, 2] If the molecules are larger than the channel, then molecular sieving starts to occur, blocking the passage of large molecules.

Interface Fluidics has developed hydraulic fracturing fluid testing that incorporates the correct level of nano-confinement for the reservoir that is being developed. This allows for phenomena, like the formation of surfactant monolayers on a surface, to have a material impact on flow. Our Interface Flowback Test provides insight into how different fluid additives affect oil flowback by testing and analysing……

Co-Founder of Interface – a rapidly growing startup company. Skilled in the art and science of microfluidics. 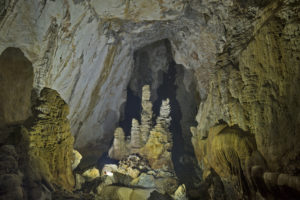 Just how tight is shale anyway?

Just how tight is shale? How difficult is it for oil to flow through this rock compared to much more permeable rock like sandstone? Do 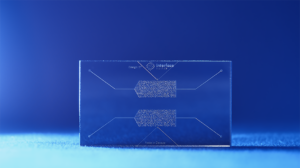 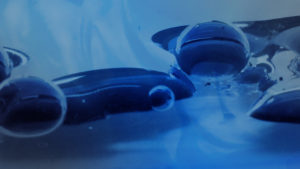