From the beginning, Interface Fluidics has been working to bring innovative, efficient technology solutions to the oil and gas industry. Even passing conversations about a client need can lead to breakthrough research, as was the case with regain conductivity. Initially, our client was looking for a way to alleviate the concerns of traditional regain conductivity testing: the high costs, the slow turnaround times and the lack of test repeatability.

The market for regain conductivity shows that the traditional methods leave a lot of room for improvement. So in November 2020, we began working to develop a better method that could help mitigate some of these issues – and just a few months later, we’ve been able to show that improvement is possible.

Because Interface uses an identical reservoir analogue, each test is comparable to each other, even years apart. This gives us the unique opportunity to create a worldwide data base comparing chemicals directly against each other based on regain conductivity testing.

As we are able to conduct more screening from areas around the world, we’ll be able to make better recommendations based on the available data, thus providing even more value to customers. Collaboration with regions around the world will allow for more innovation and accessibility.

For current methods, variation in repeatability and reproduction can vary by as much as 80% from test to test.1 Interface has been able to produce reservoir analogues that are identical to each other for testing and mimic the rock formation the customer will be fracturing. Using these devices means that there are no issues surrounding packing, which is a large concern in the conventional method. There is no channeling and these devices have a permeability as low as 1 Darcy, which will provide greater differentiation in fracking fluid performance. Additionally, the turnaround time is now hours instead of days.

I have been with Interface for more than two years, where I’ve worked in the lab, both on the commercial side and in product development. Currently, I’m a technical account manager, providing technical insights to the business team and matching customers with their ideal product. My background is in chemical technology, with previous work in core flooding laboratories. 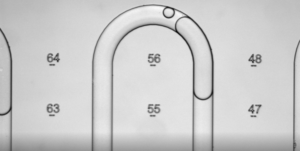 At Interface Fluidics, we’ve seen the impact that microfluidics testing has had in the biomedical sector and we’re bringing the power of microfluidic technology to 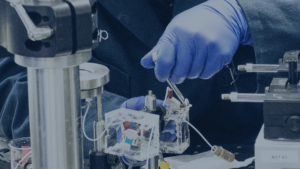 Two months after closing a Series B fundraise, Interface Fluidics has announced a joint industry project (JIP) with Equinor and ExxonMobil to accelerate the deployment 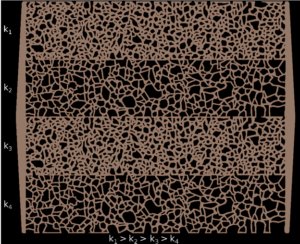 Part of our mission at Interface is to help make oil recovery more efficient – particularly through enhanced oil recovery. Using our own reservoir-mimicking analogues,