The Journey of an Oil and Gas Start-up

Every year more than a thousand start-ups are born, many with the potential to disrupt the oil and gas industry. And while over 63% of entrepreneurs start a business with a view towards change, 20% of new businesses fail in the first year and 50% in the first five years.

Interface Fluidics was once just an idea hoping to make a difference. But with the right technology, we’ve made it past the five-year threshold and are going strong into our eighth year as an incorporated company. Relying on innovation in a conventional space like oil and gas isn’t easy – but now is not the time to maintain the status quo.

Interface came out of graduate research at the University of Toronto and was later made a reality by recognizing the technology gap encountered working in the energy industry.

Partnering closely with experts in hydrocarbon extraction, Interface’s co-founders noticed that operators often had to work with a lack of data. This left them to guess or simulate their way around missing information.

From conversations Interface had, we realized this comes down to the technological limits of so-called “conventional” tests.

While some tests can be fast and affordable, they don’t incorporate characteristics of the reservoir they’re testing chemistries for. This leaves operators questioning just how representative the results are.

Other tests are more accurate as they include a section of the reservoir rock. But they take months to years to give actionable data and come with an exorbitant price tag. Operators confronted with these limited choices often opt to leave testing of chemicals out of their workflows altogether.

So why does Interface matter? And why should companies care about our technology?

Previously, operators could opt into slow and expensive testing and put millions of dollars on the line, or simply circle around the issue with simulations and guesses. We present a third option with fast, affordable testing with accurate, field-ready results.

These results contribute to the building blocks of a good production project, like:

One of the main reasons start-ups fail is there being no market for their product or services. Interface has paid close attention to its product offerings since its inception, ensuring our testing services are useful for and applicable to client needs.

One noteworthy development is how we have increased our pressure capabilities from 50 bar to over 1000 bar – meaning our tests are now relevant to 80% of the world’s reservoirs.

This hardware is an all-in-one solution that will run our suite of tests while taking up less space than any other device on the market. It also offers versatility for set up and operation and requires smaller sample sizes, making it inherently safer.

To be at the forefront of change and bring nascent technology into the market is no walk in the park. But a challenge unique to the oil and gas sector is in how hydrocarbon companies can often prefer to stick to the tried-and-true approach.

In order for us to establish ourselves in this industry we rely on our greatest asset, the diverse expertise of our team.

Our team, whether in research and development, lab services, or software development, come from a wide range of backgrounds, including PhDs in engineering and astrophysics, graduate degrees in energy and sustainability and experience in finance and chemical technology.

For a technology company, the work in the lab and product development are clearly important. But Interface co-founders also understand that client relationships are the ultimate focus.

For example, our Regain Conductivity test was developed through conversations with a customer and replaces proppant packs for screening reservoir damage.

Listening to customer concerns allows us to tailor solutions to them, thus allowing an increased level of trust in our approach.

Working closely with clients takes another dimension when we consider how international the energy sector really is.

Problems Interface solves with operators in Oman are relevant to our clients in Alberta, while fluid behavior in a North Sea reservoir could be pertinent information for an operator in Brazil.

By virtue of being plugged into various regions around the world, Interface can communicate what we learn from different projects to help clients realize unprecedented efficiency.

Sustainability and the vision for the future

Lowering emissions is a crucial component of Interface’s mission to reform oil and gas testing.

To lower emissions, is of great value to a range of stakeholders. Through multiple projects, Interface has shown time and time again that smarter testing leads to cleaner decisions.

This can include saving on pumping and separation energy by picking the right chemicals. We’ve also helped clients use additives at lower concentrations, cutting down emissions due to manufacturing and transport. Another application is switching from fresh to produced water, which must be accompanied by studies on the impact of brine salinity.

Overall, Interface testing can be a core mechanism for operators to consider when setting and meeting ESG targets.

For now, Interface is working on further optimizing SapphireLab, which aims to make testing easier. We could’ve stopped after creating testing chips that lower emissions, require a tiny sample size, and are much safer. But we didn’t.

Now we’re working to create this deployable lab that can be put into the hands of people around the world to make testing easier and more convenient, and efficient. 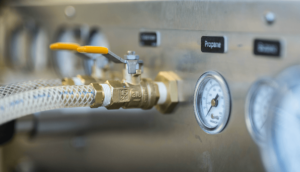 Finding Alternatives to PFAS with Microfluidics

Discussion of chemical use in the oil and gas industry is nothing new. But these days, justifying their application is becoming harder and harder to 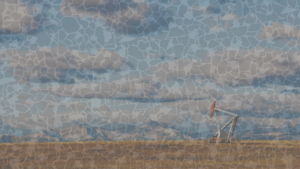 You wouldn’t buy a car without test driving it, would you? No, the thought of this is ludicrous. Just because a certain make or model